This week, the Florida House of Representatives and the Florida Senate passed their recommended budgets for the State Fiscal Year (SFY) 2021-2022. Each legislative chamber’s recommended state budget serves as an important statement of their priorities as work on developing a balanced state budget continues. The Florida Legislature is constitutionally required to pass a state budget, officially titled as the General Appropriations Act, during the annual regular session.

The House and Senate’s proposed budget for State Fiscal Year 2021-2022 totals approximately $97.1 billion and $95.0 billion respectively. The Senate proposal does not include the more than $10 billion in non-recurring federal relief money from the American Rescue Act, however, the House proposal includes $7.912 billion in section 98 in the back of the budget, contingent upon the receipt of the federal funds.  Please see the end of the budget section of this document for detail on how the House allocates these additional funds.  The chart below summarizes a comparison of the House’s proposed SFY 2021-2022 budget and the Senate’s proposed budget for SFY 2021-2022. 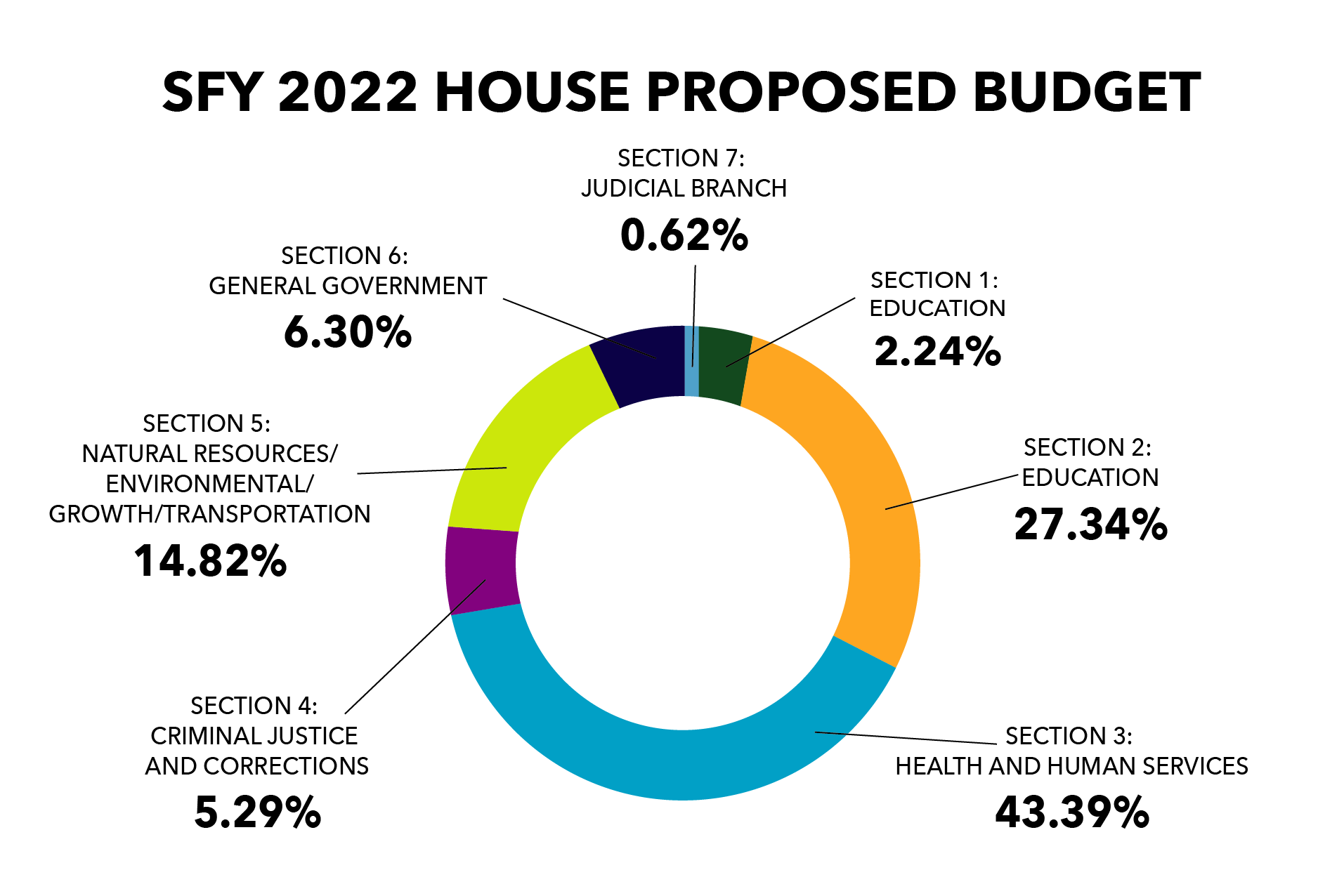 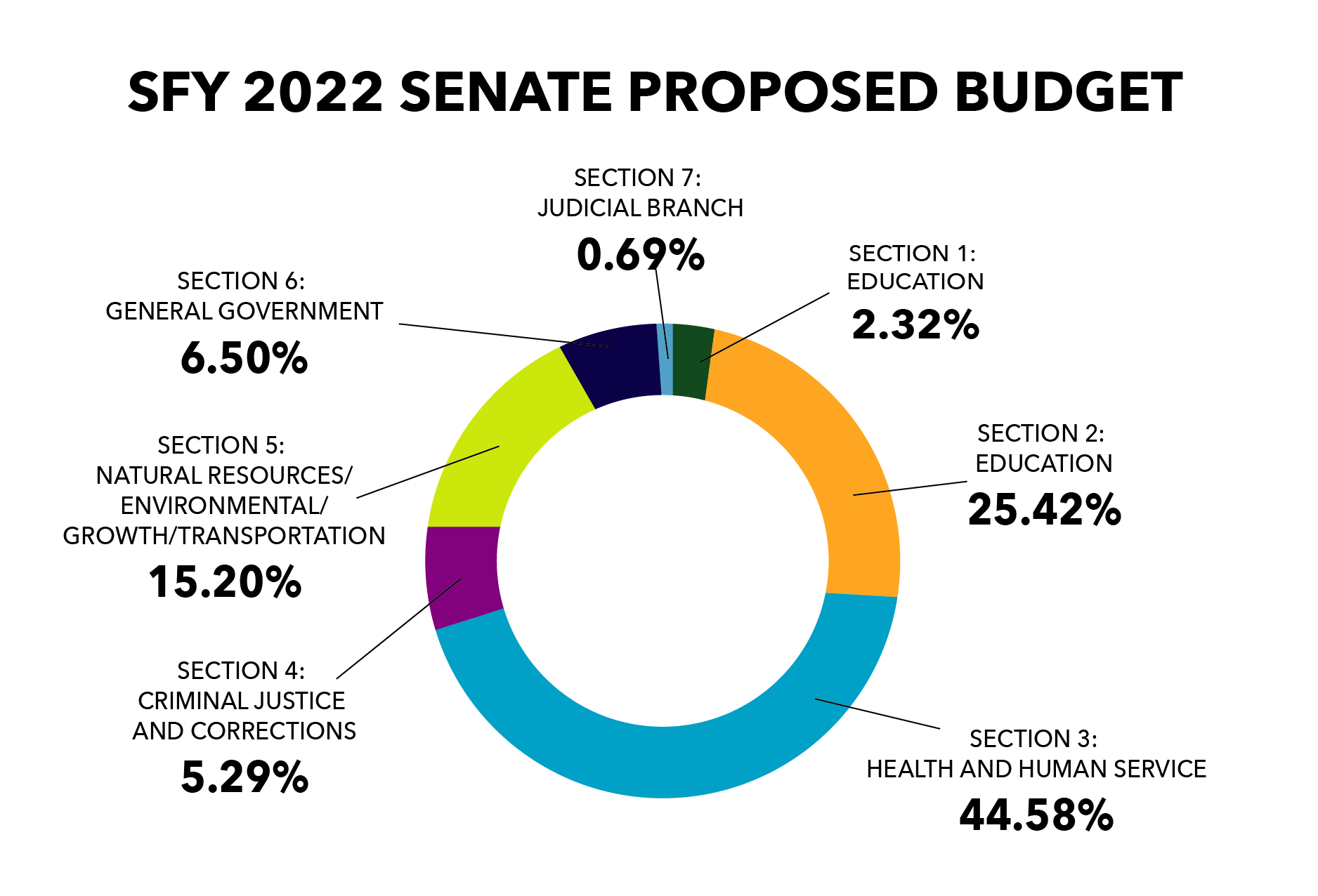 Community Action Treatment (CAT) Teams:  $30.8 million the House budget and $30.75 million in the Senate budget, directed to the Department of Children and Families (DCF) to contract with providers throughout the state for operation of CAT teams, which provide community-based services for children (aged 11 to 21) with mental health and/or substance abuse diagnoses.

Public Safety, Mental Health, and Substance Abuse Local Matching Grant Program: $9 million for the program in both the House and Senate budgets, which supports county programs that serve adults or youth who are in behavioral crisis and at risk of entering the criminal justice system. This is equal to the proposed Governor’s Budget.

Homeless Programs Challenge Grants: The House and Senate proposed budgets allocate $3.2 million and $1.2 million respectively, to DCF for challenge grants, which are awarded to lead agencies of homeless assistance continuums of care.

Resilient Coastline Initiative: The House allocates roughly $10 million to assist local governments with sea level rise planning and coastal resilience projects, including storm resiliency as well as coral reef restoration and monitoring. The Senate does not include this in their budget proposal.

Resilient Florida Trust Fund and Program: The House and Senate allocate roughly $29 million from the Resilient Florida Trust Fund contingent upon HB 5401/SB 2512, HB 7019/SB 1954, and HB 7021/SB 2514, or similar legislation, becoming law. The bills create the Resilient Florida Grant Program within DEP to provide $111 million in grant funding to local governments to fund resiliency planning. Funding will support vulnerability assessments and mitigation plans to prepare for the threats of flooding and sea level rises. First-year funding will establish the program and provide for $20 million in grant funding.

Visit Florida: $50 million recommended by both the House and Senate, which would match funding from the proposed Governor’s Budget.

As discussed in the General Overview section, the House proposal includes an allocation of $7.912 billion in American Rescue Act funds in section 98 in the back of the budget, contingent upon the receipt of the federal funds. These funds are allocated as follows and are in addition to any amounts otherwise appropriated for these purposes in the House GAA:

Two House and Senate conforming bills, SB 2512 and HB 5401-Documentary Stamp Tax Distributions, revise the distributions from the Documentary Stamp Tax that are deposited into the Local Government Housing Trust Fund and State Housing Trust Fund, the Water Protection and Sustainability Trust Fund, and Resilient Florida Trust Fund.  Under current law, $423.2 M is distributed into the two housing trust funds, while under the conforming bills, the two housing trust funds will receive $200 M combined, and the two new trust funds will each receive $111.7 M. Other distributions from Documentary Stamp Tax were not affected. The bill also specified that the Local Government Housing Trust Fund and the State Housing Trust Fund revenues may not be swept to the General Revenue Fund in the General Appropriations Act in future years. SB 2512 passed the Senate Wednesday, April 7 by a vote of 25-14. On Thursday, April 8, the House substituted SB 2512 for HB 5401 and passed the bill by a vote of 78-38. The bill has been enrolled and is ready to be sent to the Governor.

The House and Senate recommended the following employer contribution rates for the Florida Retirment System (FRS) in their respective conforming bills, SB 7018- Employer Contributions to Fund Retiree Benefits and HB 5007- State-administered Retirement Systems. The Senate bill also revises the employer contribution for the retiree health insurance subsidy for members of the Senior Management Service Class from 1.66% to 1.50%.  The Senate bill passed unanimously Wednesday, April 7.  The House substituted the Senate bill for HB 5007 and then amended the substance of HB 5007 onto the Senate bill, which passed the House 118-0.  The bill is in returning messages to the Senate and is primed for budget conference.

Employer normal contribution rates for each membership class of FRS (Defined Benefit and Defined Investment) are amended as follows:

To address unfunded actuarial liabilities (UAL) of the system, the bill amends the current 2020 employer contribution rates for each membership class of FRS as follows: